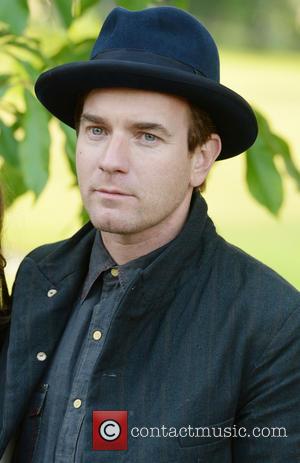 Scottish actor Ewan McGregor is among the stars to have applauded a group of Greenpeace activists who scaled a London landmark on Thursday (11Jul13) to highlight environmental issues.

Six female supporters of Greenpeace headed to The Shard, a 72-storey skyscraper, in the early hours of Thursday (11Jul13) to climb Britain's biggest building to raise awareness of oil and gas drilling in the Arctic.

The Trainspotting star took to his Twitter.com page to back to the protesters and share a link to a live video stream showing the climb, writing, "Six woman climbing the Shard for Greenpeace. Check out the live stream... Greenpeace protest against Arctic drilling by Shell. Amazing bravery."

Singer Annie Lennox added, "Here's an example of risking life and limb for a cause you believe in", while Radiohead rocker Thom Yorke declared, "Protesters climbing 'the Shard' London to p**s off Shell (energy company). Nice!"