The Crew Working On Jake Gyllenhaal's New Climbing Drama Everest Had A Narrow Escape When A Devastating Avalanche Hit The Mountain While They Were Filming. 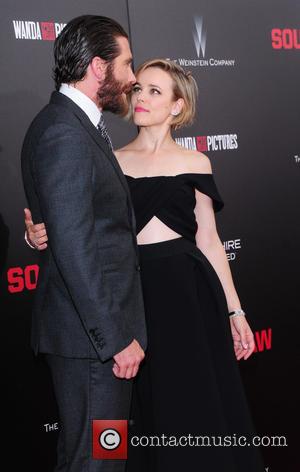 Scenes for the upcoming adventure epic were shot on Mount Everest itself and members of the production's second unit were on their way to Base Camp when disaster struck in April, 2014.

Sixteen of the mountain's Sherpa guides were killed in the avalanche, including five who were working on a production for the Discovery Channel, and Everest producer Tim Bevan has revealed his film crew was lucky not to have been hurt as they were heading to the area where the snowfall hit.

He says, "In 2014, you think 'I'm glad that nobody got hurt who was working for us and that you're very (lucky)'... When you're between Base Camp and Camp 1 and you go through this icefall, it's one of the most dangerous places on Earth and between Camp 4 and the top of the mountain, basically you're in the Death Zone so it's a very, very, very dangerous place. So you know if you've got people up there, you're just relieved when you hear from them and they come back."

The film's director Baltasar Kormakur, who joined Bevan for a question and answer session with U.S. website Deadline.com, admitted that the news of the avalanche hit him hard.

The Deep filmmaker says, "It was a horrible morning for everyone, just getting the news. No one who was part of our team had gotten into trouble, but if it's not our tragedy, it's somebody else's."

The tragedy was cited as the worst disaster on the mountain since the events of May, 1996, when eight climbers were killed, on which the new movie is based.

Everest was unveiled on the first day of the Venice International Film Festival in Italy on Wednesday (02Sep15).

Everest At The Peak Of U.k. Box Office