The up and coming actress will star opposite Taron Egerton in the new take on Robin Hood.

Eve Hewson has just landed the coveted role of Maid Marian in upcoming movie, Robin Hood: Origins. The Irish actress, whose father is U2 frontman Bono, is said to have beaten over 100 hopefuls to land the part, opposite Taron Egerton. Deadline confirmed the news writing that Hewson landed the part in the the Otto Bathurst-directed film that will go into production next summer right after Taron Egerton stars in the sequel to Kingsman: The Secret Service.

Over 100 young actresses were said to have been in consideration for the role, on a shortlist which included Dutch actress Gaite Jansen (Supernova), Lucy Fry ('Vampire Academy') and British actress Gugu Mbatha-Raw ('Belle'), according to Deadline.

The 24 year old actress made her feature film debut in 2005’s Lost and Found. She’ll next be seen alongside Tom Hanks and Mark Rylance in the Steven Spielberg directed Bridge Of Spies, which is released later this month.

Bathurst’s Robin Hood: Origins was first reported on back in March, after Lionsgate acquired the script from Joby Harold, who penned the upcoming Knights of the Roundtable: King Arthur. The script is said to be 'an edgier take on the fabled do-gooder who stole from the rich and gave to the poor.’

According to Deadline the film will see Robin Hood return from fighting in The Crusades and finding that Sherwood Forest is rife with corruption and evil. He then forms a band of outlaws who start to take matters into their own hands. The film will be produced by Appian Way’s Leonardo DiCaprio and Jennifer Davisson, as well as Harold, Tory Tunnell and Basil Iwanyk. 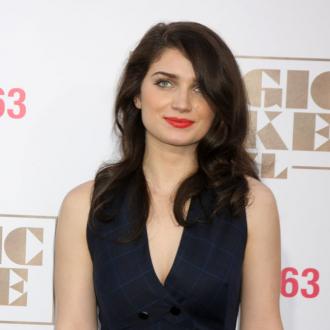