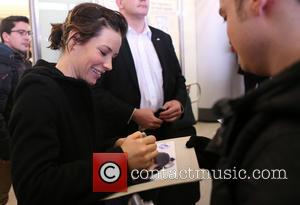 Stars including LEONARDO DiCaprio, Evangeline Lilly, and Mark Ruffalo are set to join protesters at a special march in New York City to demand more action over climate change.

Organisers of the People's Climate March in Manhattan on Sunday (21Sep14) tell the New York Daily News they are expecting several Hollywood stars to attend, including DiCaprio and his Shutter Island co-star Ruffalo.

The event is being billed as the biggest march for climate action in history.

DiCaprio, who was made a United Nations Messenger of Peace on Climate Change this week (beg15Sep14), and Lost star Lilly will join an expected crowd of more than 100,000 for the march.