Evangeline Lilly will concentrate on writing now that 'Lost' is ending, and already has a children's book she is working on. 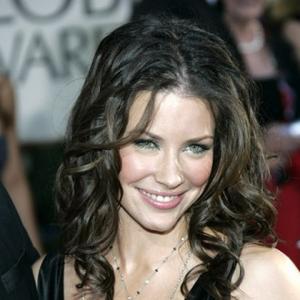 The 30-year-old actress is planning to carve out a career as an author now she has more time on her hands since the ending of her TV series 'Lost'.

She said: "I love to write. I write everything across the board - kids stories and novels and scripts. I actually would like to give that a go; I'd like to try to be a writer."

When quizzed on her literary endeavours by US TV talk show host Craig Ferguson, the brunette beauty currently revealed she is working on a children's novel called 'The Squickerwonkers' and went on to recite seven lines of the text from memory.

However, Evangeline refused to reveal the "horrible secret" behind the as-yet unpublished tale.

She teased: "You have to read the book to find out!"

The actress recently revealed the ending of 'Lost' has left her "homeless and unemployed".

She said: "I did live in Hawaii where we filmed and now I am essentially homeless. I'm a gypsy a bit, living out of my suitcase, and I'm unemployed.

"I was filling out a form at the dentist the other day and I realised when they said 'Put your address and your occupation' that I was homeless and unemployed."