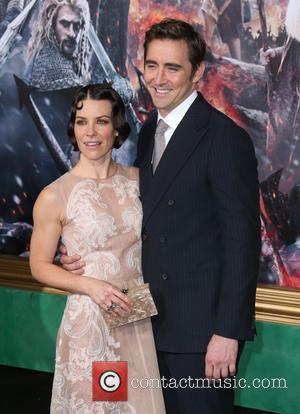 Picture: Evangeline Lilly and Lee Pace - Photographs from the red carpet at the Los Angeles premiere of the third movie in the Hobbit trilogy "The...

Actress Evangeline Lilly would tuck in to human flesh to survive in a wilderness as she finds it impossible to cope with extreme hunger.

The Lost star is a big food lover and admits she was "ashamed" of herself when she spent three weeks trekking in the Philippines as a teenager and "scoffed like a pig".

However, she is also adamant severe hunger is one of the most difficult hardships to endure and insists most humans would turn to cannibalism if it was necessary to survive.

Lilly tells Britain's Observer Food Monthly, "Ravenous hunger consumes you. I do find it odd when people say they wouldn't eat human flesh if stranded. Of course they would."