'The Hobbit''s Evangeline Lilly had the misfortune to have to begin stunt training a mere three months after she gave birth to her first child. Understandably, it was a bit of a struggle.

When Peter Jackson took on the adaptation of J. R. R. Tolkien's 'The Hobbit', one of the glaring differences between that and its sequel trilogy, was that there were no female characters in the prequel book. Enter Tauriel, the brand new addition, created especially for 2013's 'The Desolation of Smaug' and this year's 'The Battle of the Five Armies'. However, when Evangeline Lilly took on the role, she had to begin stunt-training only a few months after the birth of her son Kahekili in 2011. 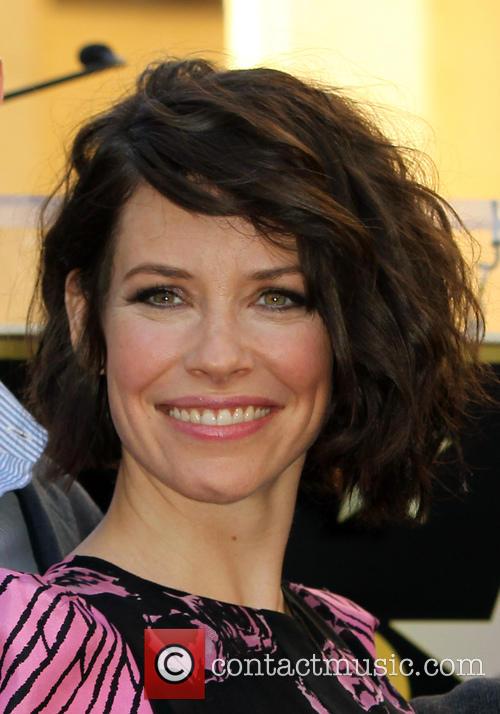 Evangeline Lilly stars as Tauriel in 'The Hobbit' trilogy

"My son was three-months-old when I started working on the stunt-training for this film, and still had splayed hips" she explains, before confessing that she "still couldn't even walk normally, let alone fight orcs normally, whatever that looks like: normal orc fighting." Unfortunately for her, this was not the end of her movement problems.

Watch the trailer for The Hobbit: The Battle Of The Five Armies here:

It wasn't just her body that was unable to cope with the pressure, as Lilly explained how she had been unable to get into the mind-set of the action sequences, on account of her still breast feeding her baby. "I was still breast feeding, so I still had all the beautiful oestrogen pumping through my system - zero 'Arrgh!' I mean I was the least 'Arrgh!' person in the world at that moment; I was all soft". She finally confessed: "It was the hardest stunt work I've ever had to do because I was really not in that head-space. Nor in that body-space."

'The Hobbit: The Battle of the Five Armies' is due to be released on 11th December 2014 in the UK, and 17th December in the US.