The actress surprised fans when she walked the red carpet showing off her baby bump on Monday evening.

Ant-Man star Evangeline Lilly has chosen the perfect way to tell the world she's expecting her second child, by debuting her baby bump at the film’s Los Angeles premiere on Monday. The 35 year old actress stars in the upcoming comic book adaptation as Hope van Dyne, alongside Paul Rudd as the microscopic superhero. 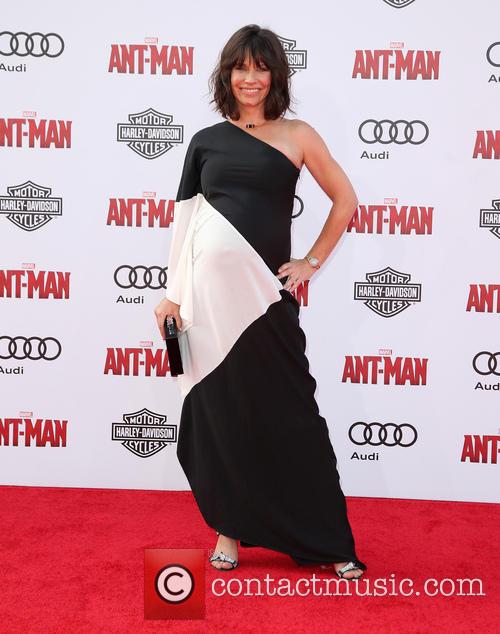 Evangeline Lilly has revealed she’s pregnant with her second child.

Lilly told reporters on the red carpet that she was seven month along in her pregnancy, with her baby expected in September. The actress already has a four year old son named Kahekili (which is Hawaiian for "the thunder”) with partner Norman Kali.

More: See All Our Pictures From The Los Angeles Premiere Of Ant-Man

Lilly had certainly been trying hard to keep her pregnancy a secret from fans, having not been photographed since December 2014 at the The Hobbit: The Battle Of The Five Armies Los Angeles premiere.

“This is my second time around, and I find I've been pretty lucky," the ‘Lost’ alumni told E!News. "It's pretty straightforward, and I just love it. I feel good, I feel blissful.” The actress walked the red carpet at Hollywood’s Dolby Theatre wearing a black and white, one shoulder Halston Heritage gown, while carrying a small Les Petits Joueurs clutch.

Earlier this year the actress spoke to Ocean Drive magazine about her to plans to expand her family. “What I wanted originally was six kids,’' she told the magazine in January. “I frickin' love being pregnant. I'm one of the lucky women who just had a blissful pregnancy, but I wanted to adopt four."

"My partner and I have really been through the ringer in the adoption world and it's hard, so we'll see what happens," the actress added. "Life is magically beautiful, and it brings you what is perfect.” Ant-Man hits US theatres on July 17th. You can check out the film's official trailer below.

Watch the trailer for Ant-Man here: