Evan Rachel Wood was ''terrified'' of dating girls to begin with, because she found them ''intimidating''. 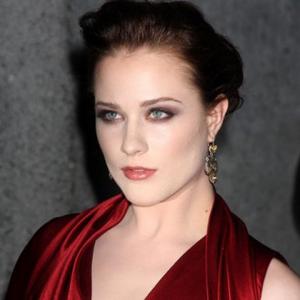 Evan Rachel Wood was "terrified" of dating girls to begin with.

The bisexual actress admits she was initially "intimidated" by the idea of having a same sex relationship, but once she plucked up the courage found it "wonderful".

Explaining the reason for her worries, she told Marie Claire magazine: "Not because I thought it was wrong, but just because I was intimidated by women.

"I finally let myself say, 'you've got to go for this. It's in you and it's not going away.' And it was wonderful."

Evan, 24, added she doesn't prefer women or men over each other, and could fall in love with anyone.

However, the actress â who at one time dated shock rocker Marilyn Manson â has admitted to an unhealthy obsession with teen pop star Justin Bieber.

She said: "I ended up seeing his film 'Never Say Never' three times. One of those times was the director's cut. I'm not even kidding. I got obsessed with the kid.

"It's going to be weird if I ever meet him. He's brought so much joy to my life."