Evan Rachel Wood thinks people were ''pretty mean'' about her relationship with Marilyn Manson and she insists she was just going through a ''phase''. 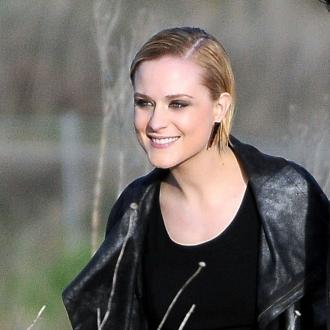 Evan Rachel Wood was stunned by how ''mean'' people were about her relationship with Marilyn Manson.

The 'Charlie Countryman' actress was just 19 years old when she began her four-year romance with the goth rocker, who is 17 years older than her, and she thinks people should have been more accepting of her decisions, especially as she was just a teenager making her own mistakes.

Evan - who has a four-month-old son with husband Jamie Bell - told the Daily Beast: ''People were pretty mean. At the time I hadn't yet been exposed to that kind of cruelty from strangers.

The 26-year-old actress - who began her acting career when she was nine years old - feels sorry for 18-year-old Justin Bieber for the criticism he faces for his behaviour off stage.

She added: ''I can't imagine what it's like to be [Bieber]. When you're a teenager in an adult career, people expect you to be perfect and expect you to never make mistakes or to be a reckless teenager. And then when you are, they give you such a really hard time for it. You have to remind them that you're still a kid.

''Like, do people remember when they were that age? On this global level, people freak out. They like to be high and mighty and say, 'Oh, look at that person. I've never done anything like that.' But yes you have. Everyone's been a crazy kid.''