Actress Evan Rachel Wood Has Defended Her Past Romance With Marilyn Manson, Which Began When She Was Just 19 And He Was 36, Insisting She Was Truly In Love With The Goth Rocker And The Relationship Wasn't Just For Show. 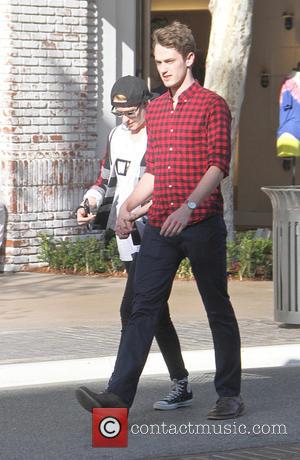 The Across The Universe star and her ex were subjected to media scrutiny after hooking up in 2006 due to their age difference and the rocker's outrageous persona, but Wood states the romance was for real and she still looks back on her time with Manson with great fondness.

She tells net-a-porter.com's The Edit magazine, "I thought I was in love. I wasn’t doing it to prove a point or be rebellious. I wanted to break a mold for sure (and) I knew I was edgier, more alternative, and weird. And he was just what I needed, because I felt really free with him. And that freedom was attractive...

"People were cruel... (and) I wasn’t used to negative feedback, so it got to me. Then I got angry, and pushed away even more.

"But I wouldn’t trade any of it (our relationship). I appreciate everything he taught me. I just don’t think we were right for each other."

Wood and Manson became engaged in 2010 and split later that year.

The actress then found love with British star Jamie Bell and the couple wed in October, 2012, and welcomed a baby boy the following July (13).

The couple separated in May, 2014, but Wood admits her ex is still a big part of her life: "Jamie’s lovely. He was the love of my life."