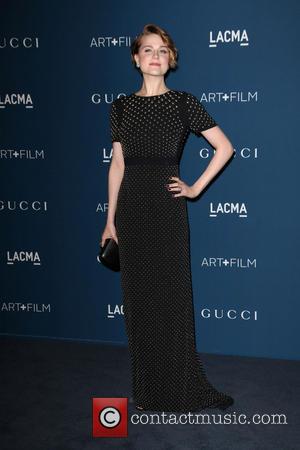 Actress Evan Rachel Wood is determined to keep her baby son's name a secret for as long as possible, so he can live a life away from the spotlight.

The Wrestler star gave birth to her first child with husband Jamie Bell in July (13), and the couple has kept the boy's name private and Wood admits she is trying to avoid being photographed with him.

She insists the move is a deliberate attempt to shield the youngster from fame.

Wood tells Thedailybeast.com, "People obviously know I was pregnant - can't hide that - so I have no problem talking about the baby and that we're doing really well. But I haven't released his name.

"I've done my best to keep his picture from being taken, just because kids don't really have a choice in the matter. It's such a shame when kids get harassed just because of who their parents are before they're old enough to decide who they are or who they want to be."