Patty Schemel is known to many as the drummer in Hole from 1992 to 1996. Born in Seattle, she formed Kill Sybil at the age of fifteen with her brother. Five years later, she joined the all-girl punk group Doll Squad. In 1990, she was the first choice of drummer for Nirvana, after Chad Channing left the band. After Dave Grohl's audition, however, she became the second choice but after that, Kurt and Patty became close friends.

By Steven Williams in Lifestyle / Showbiz on 11 October 2010

When a recent interviewer visited The Lemonhead front man Evan Dando's apartment, she was shocked by his living conditions.

Alternative rock legend Evan Dando is supposedly living in squalor in his New York apartment, or so says a new US report. The rocker known for his work as the frontman for the band The Lemonheads, was due to perform a show with his ex-girlfriend Juliana Hatfield on 10th September, 2010, with a joint interview with 'New York Magazine' preceding the performance. However, the interview which was set to take place in Dando's apartment, was relocated to a coffee shop when Hetfield expressed that said apartment was too messy.

Related: See Evan Dando In The 'Hit So Hard' Trailer

When writer Lizzy Goodman arrived at the apartment for the interview, she was met by Hatfield who explained to her: "I just got here, and I woke him up. You don't want to go in there. He's sort of living in squalor." After conducting the interview at a nearby coffee shop, the trio returned to the apartment later, with Goodman recalling various dirty items littered around the apartment. In addition to a "sticky sofa", the apartment contained: "a dingy stuffed tiger; an open bottle of Dr Pepper; a wad of cotton; several empty beer bottles; ...a charred tablespoon; a copy of Aleister Crowley's 'Diary of a Drug Fiend'; a Polaroid of Dando and his ethereally blonde estranged wife, Elizabeth Moses; a pile of plastic bags filled with substances; a crusty container of green sauce." 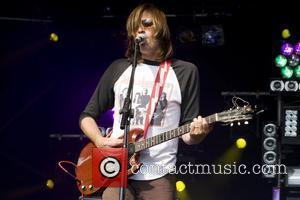