Sweatpants Are 'The Number One Cause Of Divorce In America', According To Eva Mendes

Mendes has been opening about mother as well as how she keeps Ryan Gosling happy at home.

Eva Mendes has given her first interview since welcoming daughter Esmeralda six months ago in which the ‘Hitch’ actress describes her new life as a mother. Alongside talk of sleeping patterns, Mendes, who is dating Hollywood hunk Ryan Gosling, also dished to Extras about why she thinks sweatpants are the “number one cause of divorce in America.” 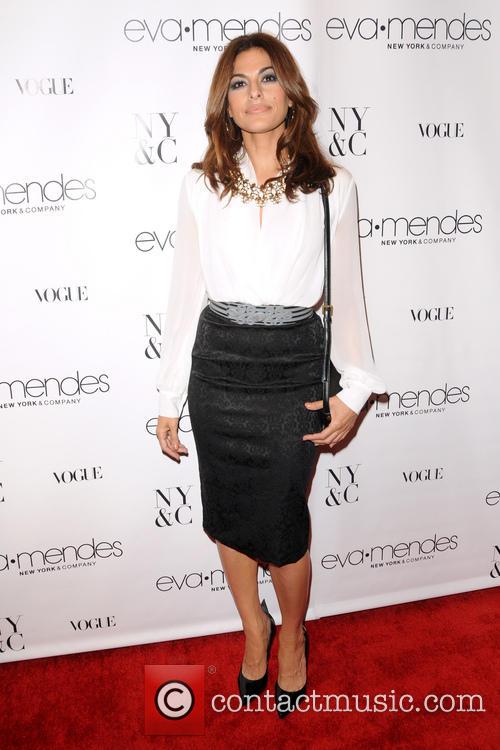 Mendes told Extras that since daughter Esmeralda arrived last September she now has a new appreciation for her own mother. “Now I understand so much, my mother’s never gotten more 'I love you so much mommy' texts, I mean, randomly… ya, I get it now,” the actress said.

More: Eva Mendes Feels She Hasn't "Earned The Right" To Advise Other Mothers

“Why does it always happen at three or four in the morning?!” Mendes added. The actress also had some interesting advice on how to keep her man happy at home. “You can’t do sweatpants,” the 41 year old said.

“Ladies, number one cause of divorce in America, sweatpants, no!” she added. Mendes has been dating Gosling since 2012, after the pair met on the set of movie The Place Beyond the Pines.

The new mom will also be next appearing on the cover of April’s issue of Women’s Health magazine, where she dishes on her post-baby body. However Mendes was quick to tell Extras she’d had some help with her upcoming magazine cover.

“You’re helped in those situations, I want women at home to know,,” the actress confessed. “You’re lit, you’re angled, so yes, it was a few months after the baby, but with a lot of help.”

Inside the magazine the actress talks about the benefits of her vegetarian diet, which she adopted six years ago. “I haven't eaten meat in about six years, because I don't agree with factory farming here,” Mendes stated.

“This is just what worked for me, it's important to say, but when I cut that out I immediately felt better. And also, after a year of eliminating it, my skin looked brighter and healthier overall,” the actress added.