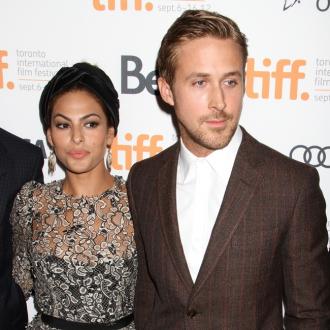 Eva Mendes has joined the cast of her boyfriend Ryan Gosling's film 'How to Catch a Monster'.

The 'Ghost Rider' actress and actor/musician Rob Zabrecky have been cast in the movie, which marks the 'Drive' actor's writing and directorial debut, according to Bloody-Disgusting.com.

The pair will join previously announced stars including 'Mad Men' actress Christina Hendricks and Ben Mendelsohn in the picture, a dark fairy tale about a mother of two named Billy (Christina) who is swept into a macabre fantasy underworld after her teenage son, Bones, discovers a secret road leading to an underwater town.

Eva will play a character named Cat, who is a ''prominent'' member of a gang, the Big Bad Wolf Club. Meanwhile, Rob will play a cab driver.

The movie reunites Ryan with his 'Drive' co-star Christina and producer Marc Platt, whose Marc Platt Productions will produce the film along with Ryan's Phantasma Films and Bold Films

Ryan previously said: ''I am very appreciative to Marc Platt, Adam Siegel and Bold Films for being so supportive and I look forward to making this film with all of them.''

Marc added: ''We are thrilled to be producing Ryan Gosling's debut as a writer & director and continue our collaboration which began on 'Drive'. He has composed a beautifully haunting script and has a very clear vision of how he will bring it to life. His ability to draw audiences into his world as an actor will serve him well as a filmmaker.''