Stars Head To The Beach For Independence Day 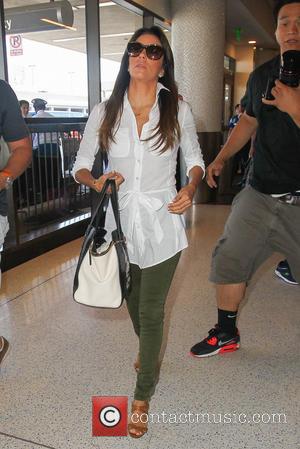 Former Desperate Housewives star Longoria uploaded an image to Twitter.com while sunning herself on the sand, and Gellar shared a snap of herself playing in the ocean with her daughter, adding, "Hope everyone's holiday is as relaxing and as full of love as mine."

Singer Milian, who split from fiance Jas Prince in June (14), posted a picture of herself in a revealing cut-out bikini and wrote, "Have a great weekend! 4th of July was by far the best I've had in years."

Justin Bieber and Ashley Tisdale both relaxed on luxury yachts, while Taylor Swift had a pool party. She posted a video of her and Tv star Jaime King diving into the water on inflatable animals. They later baked a cake and decorated it with the American flag.

Fireworks were a hot talking point on Twitter.com. Tv stars including Lena Dunham and Pretty Little Liars actress Lucy Hale uploaded pictures of themselves playing with sparklers, while Chloe Grace Moretz shared a video on Instagram.com of her setting off a rocket on the corner of a street.

However, Rebel Wilson suffered a minor injury during her celebrations, writing, "Only burnt 1 t*t with our illegal fireworks display."