Romance Over For Eva Longoria And Mark Sanchez 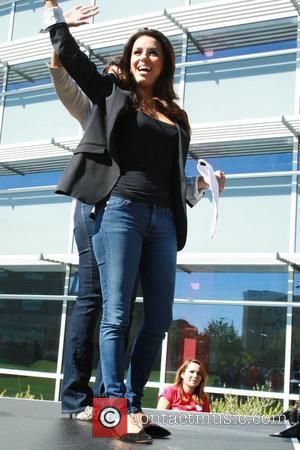 Eva Longoria has ditched her romance with New York Jets quarterback Mark Sanchez, according to the New York Post.

The pair have been dating for just four months, but the 25 year-old is reportedly devastated at his split from the Desperate Housewives star.

“Mark says he is really upset about the break-up with Eva” source told the Post. “He is telling friends he tried everything he could to make her happy, and to make things work between them, but they live in very different worlds.” The insider went on to talk about the pair’s conflicting busy schedules; “The problem was Mark is very focused on football, while Eva is a busy businesswoman. She lives in Los Angeles, is doing a lot of philanthropic and political work, and is developing a number of TV shows, including the NBC dating series Ready for Love.”

Longoria has gradually been playing down the importance of the couple’s relationship in public, and has been at pains to explain how busy they’ve both been. As such it’s come as no real surprise that the pair have split. A rep for Sanchez simply said last night, “It was really more about scheduling . . . they will remain close friends.”