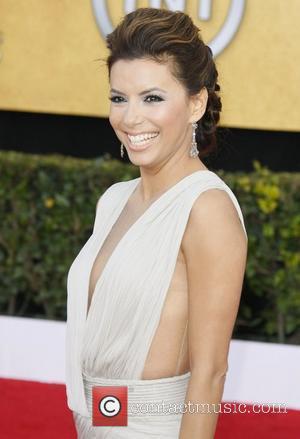 Actress Eva Longoria has fuelled rumours of a new romance with Penelope Cruz's brother EDUARDO after the couple was caught kissing and cuddling on a boat in Miami, Florida.
The Desperate Housewives star, 35, was first linked to singer Eduardo Cruz, 25, in December (10) when they were spotted together at Longoria's Los Angeles home.
Her representative shot down speculation they were dating, insisting the Latin stars were simply "friends", but the couple has now been snapped sealing its romance with a kiss while on vacation at the weekend (05-06Feb11).
A source tells UsMagazine.com, "They have been on a few dates in L.A. They're having fun together, but he is young - he knows Eva is just out of a long-term relationship and he's not really looking for anything too serious."
It's the TV beauty's first relationship since splitting from basketball star Tony Parker in November (10). Their divorce was finalised in January (11).