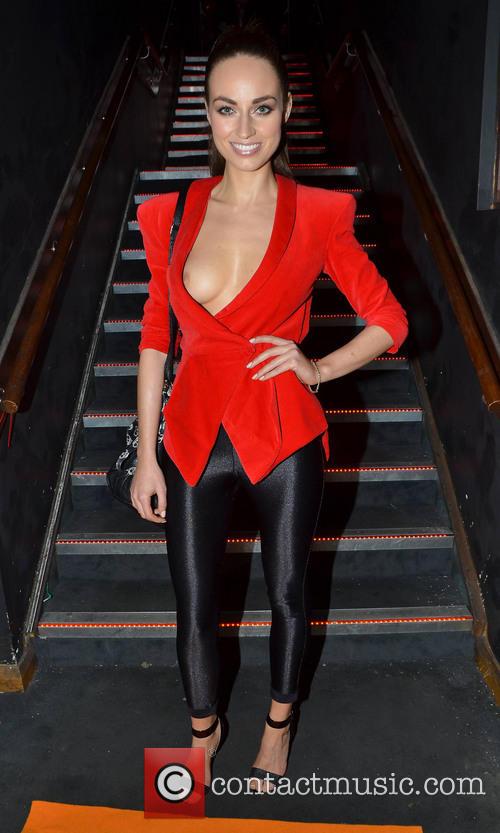 Daniella Moyles Suffered A Wardrobe Malfunction At The Erics

Daniella Moyles' wardrobe malfunction might go down as one of the most ridiculous and amusing in history. The Irish model accidentally exposed her right breast at The Erics entertainment awards in Dublin last night (January 17, 2013), smiling happily for the cameras without realising the photographers were getting an eyeful!

Daniella, 24, was wearing a smart red blazer though had nothing underneath. When the jacket slipped down...well, you know what happened. She later told a local newspaper, "Obviously it's embarrassing but I feel really bad for the Irish designer Sarah O'Neill because it's a beautiful top and now everybody's just focusing on the wardrobe malfunction." Yes they are Daniella, yes they are. The model claimed she didn't have time to pin everything in place before arriving at the bash as she had arrived directly from a modelling job. The Movie Show reporter added, "I'm usually really careful about stuff like this, but mistakes happen." Moyles Gave Photographers A Twirl After The Wardrobe Malfunction

Moyles shouldn't beat herself up over the malfunction, given Eva Longoria committed a similar fashion crime at the Golden Globes on Sunday. The Desperate Housewives actress' lacy dress slipped loose, exposing far too much to the waiting photographers. Doh!