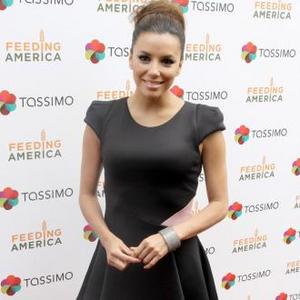 The 'Desperate Housewives' actress - who divorced ex-husband Tony Parker in 2010 after three years of marriage amid allegations he had cheated on her - is said to be focusing on ''work'' in the wake of the ''mutual'' split.

An insider told US Weekly magazine: ''It was mutual decision. They are staying friends. She's focusing on work and the end of 'Desperate Housewives'.''

The pair were first introduced at a party by Eduardo's sister, actress Penelope Cruz, before stepping out together as a couple in February 2011.

After meeting Eduardo soon after her split from Tony, Eva admitted she was ''lucky'' to have found another relationship so quickly, and even hinted marriage could be on the cards.

She recently said: ''The truth is, I should be angry, resentful and disillusioned about relationships. But I'm not. I was very lucky to find Edu.

''There's a reason I fell in love and got married. I believed in it. Love did not work with that person. But it can work with another.''

However, the 36-year-old beauty has previously confessed she is ''not good with dating''.

Eva explained: ''I'm not very approachable. I'm not good with dating, I get really nervous. It's probably strange that I've never been a dater. I've been married or in a relationship, and so this is going to be, you know, scary.''