Eva Longoria has revealed her mother Ella was more thrilled to meet Jim Carrey when she took her along to a Q&A event with the Dalai Lama. 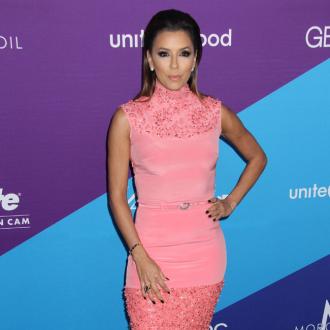 The 39-year-old actress took her mother Ella with her to meet the head of the Buddhist faith, but when they got home, instead Ella gushed about meeting the 'Ace Ventura' star.

Ella is a devout Catholic and when Eva tried to explain to her mother who the Dalai Lama was, she knew the only way to make her point was compare him to the Catholic equivalent.

Eva met the Dalai Lama in February at a Q&A panel hosted by The Lourdes Foundation at The California Science Center and she described the experience as ''pure joy''.