The ‘Desperate Housewives’ star is returning to the small screen in the 13 episode miniseries.

Eva Longoria is headed back to the small screen in a new NBC comedy which will chronicle the behind the scenes drama on a popular Spanish telenovela. ‘Telenovela’ will also be executive-produced by Longoria and is likely to be coming our way this fall. 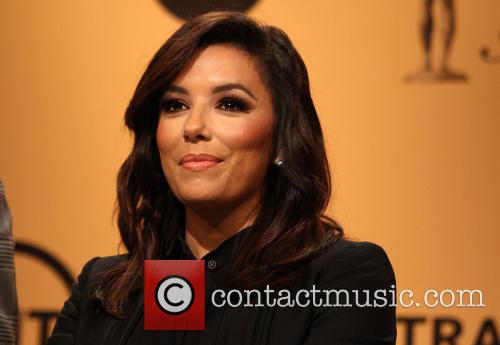 Eva Longoria is on her way back to the small screen

The miniseries will comprise of 13 half hour episodes and will be co-executive produced by ‘Cougar Town’s’ Chrissy Pietrosh and Jessica Goldstein, who will also help write the series.

According to the Hollywood Reporter, in ’Telenovela’ Longoria will play Ana Maria, 'the star of Latin America's most beloved telenovela, who strives to stay on top in a world where the drama on-camera is nothing compared with what's happening offscreen'.

The series was announced by NBC Entertainment chairman Bob Greenblatt, during the network’s TCA panel. But it isn’t the only project Longoria has in the pipeline, the actress is also said to be working on an as yet untitled comedy which is said to be under consideration over at ABC.

More: At 38 Years-Old Eva Longoria Looks Better Than Ever As She Is Named Maxim's Women Of The Year

‘Telenovela’ marks the ‘Desperate Housewives’ star’s return to television following a recent guest arc on Fox’s 'Brooklyn Nine-Nine'. Longoria has also recently served as producer on the Lifetime drama 'Devious Maids', which is based on a Mexican telenovela.

Longoria's 'Telenovela' will come hot on the heels of CW's 'Jane the Virgin' which is based on a Venezuelan telenovela and scored big with the critics, earning a Golden Globe for star Gina Rodriguez and the first ever statue for the network.