Eva Longoria is having tattoos removed

Eva Longoria is in the process of having her tattoos removed after her boyfriend Pepe hinted that he prefers ink-free skin. 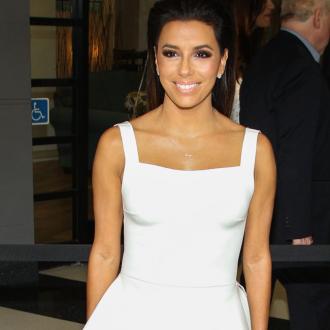 Eva Longoria is having her tattoos removed.

The former 'Desperate Housewives' star has reportedly been undergoing painful laser treatments to fade several designs on her body, including an inking of a small cross on her lower back as her boyfriend Jose 'Pepe' Antonio Baston thinks ''clean skin'' is better.

A source told the US' OK! magazine: ''Pepe's been telling her that she would be more beautiful and sophisticated with clean skin. Pepe loves her toned back and doesn't like that it's cluttered with tats.''

The 39-year-old star has picked up on his hints and is reportedly angry with herself for getting the tattoos in the first place as she's gone off them now.

The friend said: ''Eva's not into tats anymore. She's annoyed that she got them in the first place.''

The actress-and-producer first sparked speculation she was undergoing laser treatment on her tattoos when she was spotted leaving a skin care clinic with a small bandage on her wrist, where she had a small inking of a star, in April.

Eva also previously had tattoos associated with her ex-husband Tony Parker, including the number nine and their wedding date, removed in 2012.