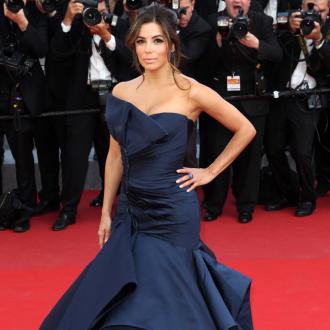 The 40-year-old actress, who was born to Mexican/American parents, has urged the film industry to reflect society, and minority communities in particular, more precisely.

She said: ''We (Hispanics) are about 16 percent of the population, but we're only seven percent in films and television.''

What's more, Eva insisted Hispanics' participation in the US film industry should extend to ''producers, directors, writers'', not just actors.

She told EFE: ''We should create the content we want to see on television.''

She said: ''I want to be the female George Clooney.

''He directs, produces and stars. I want to be in charge of the final product.''

Despite this, Eva has also previously claimed acting is nothing more than a ''means to an end'' for her.

She shared: ''I've always been business-minded. I worked in corporate America before becoming an actress and knew that acting wasn't the end but a means to an end.

''It gave me the platform and the exposure I needed to do my philanthropic work. It also gave me the financial security to focus on my other businesses, start new businesses, and even help other people start businesses.''