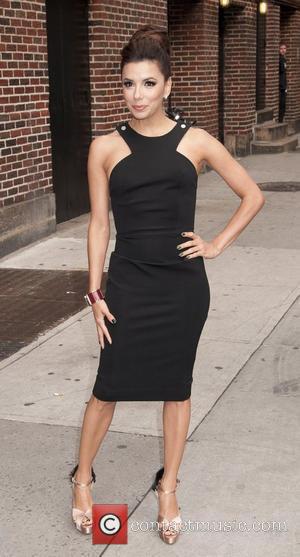 Eva Longoria has dismissed rumours the leading ladies of Desperate Housewives deliberately excluded Teri Hatcher from the series finale crew gift, insisting the actress has always preferred to do "her own thing".
Principal cast members Longoria, Marcia Cross, Felicity Huffman and Vanessa Williams recently rounded up some extra cash to buy the crew behind their hit TV drama carry-on luggage as a thank you gift for their hard work throughout the show's eight seasons.
According to Celebuzz.com, the specially-designed luggage tag, signed by all four women, read, "Just know that on all your future adventures you are carrying a little piece of our love and gratitude. Thank you for a magical 8 years."
However, Hatcher's name was noticeably absent from the card - and gossip bloggers were quick to pick up on the omission, suggesting rumours of a long-running feud between Hatcher and her co-stars were true.
But Latin beauty Longoria has now spoken out to silence the speculation.
During an appearance on U.S. chat show The View on Friday (11May12), she said, "She (Hatcher) always does her own crew gift, and we've always invited her. For the past couple years she's always done her own thing."