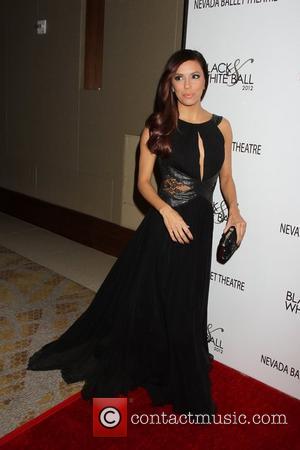 Actors Eva Longoria and Kal Penn have been selected to serve as national co-chairs on U.S. President Barack Obama's re-election campaign.
The American politician first took office four years ago and now, with the 2012 presidential election quickly approaching, he has named 35 ambassadors to help rally voters as he strives to win another White House term.
The Obama administration announced the complete list of advisers on Wednesday (22Feb12) and Desperate Housewives star Longoria and funnyman Penn were among the consultants and politicians.
A statement from Obama's campaign manager, Jim Messina, reads, "The president’s national co-chairs will be tremendous assets on the ground as we build the biggest grassroots campaign in history. They each share the president’s vision for a future where every American can have a fair shot at success, where hard work pays off and responsibility is rewarded."
Taking to his Twitter.com account to share his excitement with fans, Penn writes, "Honored to serve as a National Campaign Co-Chair for @BarackObama. This President knows we’re #GreaterTogether"
The news comes as no surprise to many - Longoria has been a longtime Obama supporter and Penn previously quit showbusiness to serve as the Associate Director of the White House Office of Public Engagement in 2009.