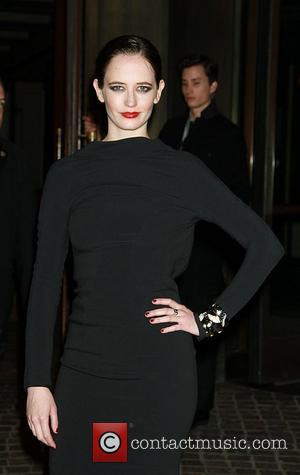 French actress Eva Green was relieved when she landed a role in new TV epic Camelot because her career had been put at risk after she suffered crippling stage fright during a run in Parisian theatre.
The Casino Royale beauty will play evil Morgana in movie mogul Graham King's ambitious 10-episode period drama alongside Joseph Fiennes as magician Merlin.
And the actress admits it was a welcome return to camera work after a disastrous stint on the stage in her native France left her feeling like she wanted to "die".
She tells Britain's Weekend magazine, "I had suddenly developed stage fright and lost all my self-confidence on stage. In my last show, in Paris, my mind kept going blank on stage. I just wanted to die each time. So working on Camelot was a lot easier, because with TV and films you can keep going back until you get it right.
"There are some big crowd scenes in Camelot, and I did wonder if performing in front of them would be like going on stage, and I'd dry up, but luckily it all went well."