Jones was selected as this year’s entry during BBC Two’s ‘Eurovision: You Decide’ on Friday.

The UK has chosen their entry for this year’s Eurovision Song Contest, 25-year-old Lucie Jones.

The Welsh singer will be hoping to leave Kiev in May with more than the dreaded nil points, thanks to a song penned by a former winner.

But what do you need to know about the Welsh-born singer? 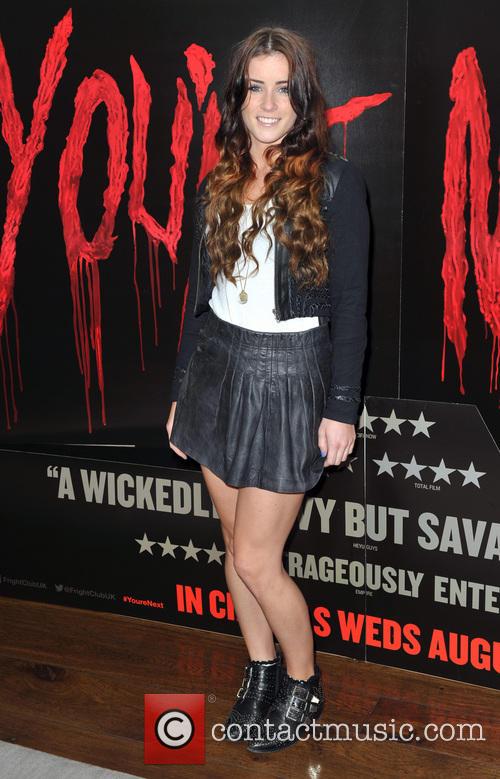 Lucie Jones will represent the UK in this year's Eurovision

If Jones looks familiar then you probably remember her from the 2009 series of the 'X Factor’. Jones initially impressed judges in the auditions by performing ‘I Will Always Love You’ and gaining four yeses.

But when it came to the live finals Jones ended up losing her place after a sing off with Jedward (who coincidentally, represented Ireland in the 2012 Eurovision). After the judges’ vote was deadlocked Jones was eliminated as the act with the fewest public votes.

After her time on the ‘X Factor’ Jones was signed by Sony music label and the Select model agency, however an album failed to materialise. The 25-year-old then turned her attention to musicals, forging a career in London’s West End.

More: Will The UK Still Be Able To Take Part In The Eurovision After Brexit?

Jones will perform original composition ‘Never Give Up On You’ at the Eurovision finals in Kiev, Ukraine on May 13. The song was written by The Treatment, Lawrie Martin and Emmelie De Forest.

De Forest is a former Eurovision winner herself, having taken the prize for Denmark in 2013. After being selected as this year’s entry, Jones told fans on Twitter: “Completely overwhelmed and so surprised. Tonight's been one of the best nights of my life. Thank you, so much.”