Perennial Eurovision Song Contest Favourites Ireland Will Not Be Part Of The Big Show This Year (15) After Teenager Molly Sterling Was Eliminated From The Semi-finals On Thursday (21may15). 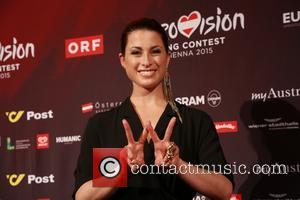 Sterling failed to qualify for the Eurovision Song Contest, which will take place in Vienna, Austria on Saturday (23May15), after her Playing with Numbers tune, which she co-wrote, failed to make the grade.

Sweden and Norway are among the favourites to win this year's event - Mans Zelmerlow will represent Sweden with his song Heroes, while duo Morland and Debrah Scarlett's A Monster Like Me is Norway's entry.

Ireland holds the record for the highest number of wins, having won the contest seven times - including three times in a row in the early 1990s. France, Luxembourg, the United Kingdom and Sweden have won five times.