Everybody loves Conchita Wurst, it's offical, but what do we know about the Eurovision's break out star?

Austrian drag queen Conchita Wurst stole the show at this year’s Eurovision. Winning by a mile she managed to overcome controversy and triumph thanks to her mesmerising performance of ‘Rise Like A Phoenix’. But who is the Austrian sensation who first gained famed as Thomas Neuwirth? 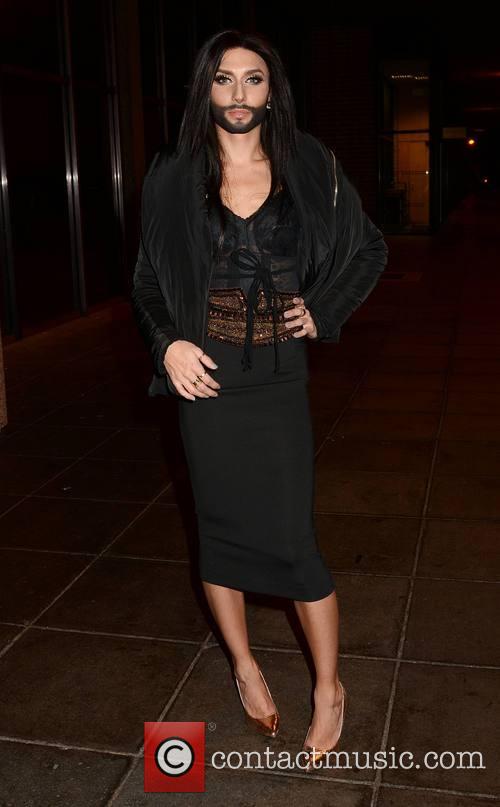 Conchita Wurst is the alter ego of Thomas Neuwirth, a 25 year old Austrian singer born in the small town of Gumden. Neuwirth’s first brush with fame came in 2007 when he reached the final of Austrian talent show Starmania, which is kind of like the X-Factor without the Simon Cowell influence. Wurst made it all the way to the final but eventually came in second to Nadine Beiler. who coincidently went on to represent Austria in the 2011 Eurovision, but only managed 18th place.

Neuwirth then formed short lived boy band Jetzt Anders! with three other 'Starmania' contestants. The group had one big hit, ‘Dieser Moment’, which reached 7 in the Austrian charts. They then disbanded and Neuwirth disappeared from television, taking up studies at the Graz School of Fashion in Vienna.

But in 2011 Neuwirth came back to Austrian screens with a whole new act and look to go with it. His Conchita Wurst persona made her debut on talent show 'The Big Chance', where she belted out ‘My Heart Will Go On'. A year later she made her first attempt to represent Austria in the Eurovision, but once again she came up short landing in second place. Still Wurst kept her presence on Austrian television by appearing on reality shows such as ‘The Hardest Jobs of Austria’ where she worked in a fish processing plant, and 'Wild Girls', where she had to survive in the deserts of Namibia.

In September 2013, the first part of Wurst dream finally came true when she was selected to represent Austria in the Eurovision Song Contest. The selection was controversial as there had been no public vote that year and instead the entry was chosen by broadcaster ORF. The controversy didn't end there, as a wave of homophobia was directed towards Wurst, especially in Russia where political leaders voiced their anger at her inclusion in the Eurovision. But despite the abuse, Wurst stood tall, backed by her fans who donned knitted beards to show their support.

On Saturday night, Wurst delivered one of the biggest victories in Eurovision history winning with 290 points. In her acceptance speech she said, “This night is dedicated to everyone who believes in a future of peace and freedom. You know who you are. We are unity. And we are unstoppable.”

Neuwirth has made it clear that he is just a man who likes to wear women’s clothes. However in creating the persona of Conchita, he’s managed to, in a short period of time, break down barriers and take a stand against intolerance. Now the Eurovision dream has been achieved, we can only imagine what could be next for Conchita. Really, world domination can’t be too far off.