Is New Movie 'Sinister' Actually All That Sinister? 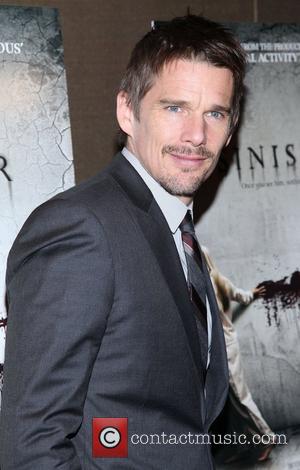 'Sinister' is the new horror film from director Scott Derrickson who was responsible for 'The Exorcism of Emily Rose'. It stars Ethan Hawke, who plays Ellison, a true-crime writer who- for some reason- moves his family to the home of a murdered family- a case which was still unsolved on their moving there.

Reviews have been mixed, but always focuses on one of two questions, firstly- is the film scary? And secondly, is the film good? At one level, for a horror, one might think that to be 'good' it needs to be scary, or that to be 'scary', by proxy, means that it's good. Indeed, what is the mark of a good horror film- does it need a brilliant script, does it need some psychological thrills, an excellent score or does it just need all out gore? Arguably, a mix of all three. But horror has long prevailed and found cult popularity in being fundamentally rubbish, particularly in the old style Hammer horrors of the '50s.

For many, the most frustrating thing about many thrillers and horrors is the question repeated by many an audience 'BUT WHY WOULD YOU DO THAT?!' And the question remains for 'Sinister'. Why on earth would Ellison move his entire family to a murder scene? He argues “I had to move here. The new story I’m writing is here.” Not a particularly valid argument. Nevertheless, as the audience inevitably expects, their moving to this house is the catalyst to further horrors and more blood spill.

For Entertainment Weekly, they acknowledge the flaws of the film but forgive it: “I knew perfectly well, after a while, what Sinister was going to scare me with. But I got scared anyway.” Arguing that just because something is predictable doesn't make it ineffective. The New Yorker, in comparison is less forgiving describing it as “A joyless ride, and its frights are too contrived to be surprising”. With a 73% fresh rating on RottenTomatoes it can't be all that bad, and everyone likes cheap thrills. Often horrors are worth seeing to test yourself, perhaps Sinister is a film with a role reversal- go and test it's scare and quality value.