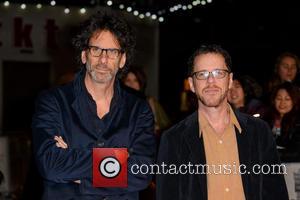 Brothers Joel and Ethan Coen and their film Inside Llewyn Davis were the toast of National Society of Film Critics on Saturday (04Jan14) after scooping a handful of the U.S. organisation's awards.

The film, which chronicles a New York folk singer's struggles in the early 1960s, received four awards, including Best Film and Best Director for the siblings.

Oscar Isaac, who plays the title character, was named Best Actor, and Bruno Delbonnel picked up a trophy for his cinematography.

American Hustle and 12 Years a Slave placed second and third in the voting for Best Film, while Chiwetel Ejiofor (12 Years a Slave) and Robert Redford (All Is Lost) were runners-up in the Best Actor.

Cate Blanchett boosted her Oscar chances of taking home a Best Actress prize by claiming the award at the gala for her acclaimed role in Woody Allen's Blue Jasmine. She beat out Adele Exarchopoulous (Blue Is the Warmest Color) and Julie Delpy (Before Midnight) for the top trophy.