Cambridge singer/ songwriter Ethan Ash has released a video for his track 'Make You Smile' taken from his upcoming EP 'Playing By Numbers' ahead of its release on October 1st 2012.

It's a rather delightful clip; simple with only the smallest hint of weirdness. It shows the singer walking down a train track holding a vintage suitcase in which he gradually packs various items including books and a T-shirt, with the luggage gradually getting stranger as her lowers a large canvas and a hat stand into the case Mary Poppins style and finally climbs into it himself. The song is a country style love song with upbeat guitar riffs that blend wonderfully with his sweet but raw vocals.

Ethan Ash is set to play Bestival Festival and will be on tour throughout the UK towards the end of the year. 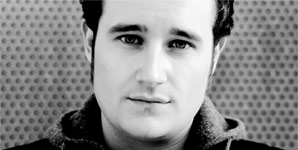