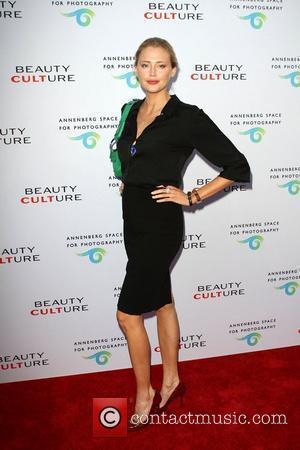 Estella Warren, the American actress and star of the 'Planet of the Apes' remake, could face up to two-and-a-half years in prison if convicted of charges filed in Los Angeles court yesterday (10th June 2011). Following her arrest last month, Estella Warren was charged with Dui, hit-and-run driving, battery and resisting arrest, reports Msnbc.com.
The model and actress allegedly smashed her Toyota Prius into three cars in Los Angeles, just after midnight on the 23rd May 2011, leaving the scene of the accident shortly after. When authorities caught up with her, Warren kicked an arresting officer before being taken to a nearby station. The actress, who had already failed a sobriety test, managed to slide out of her handcuffs and attempted to escape from the jail via the back door before being caught once again. Because the actress was waiting to be booked, officers technically weren't able to charge her with one felony count of escape, which would have resulted in far more jail time. The next date in the case has been set for 17th June 2011, although 40-year-old Warren is not required to attend the hearing. Estella is currently out on $100,000 bail.
Estella Warren is set to begin work on the action-drama movie 'The Last Tango', with Christopher Lambert and Paz Vega. The movie follows the story of an assassin who finds work in numerous exotic locations.