Filmed at 'Tin Roof' in Dundee, 'Silo The Fire' is the latest single Chris Marr's alter ego Esperi and is a beautifully brooding, unwinding release from the Scottish multi-instrumentalist, taken from his upcoming debut album In A Moment, Emotion, Sentiment.

The record continues Marr's exploration of the heartfelt moments of his and other's lives, with touching lyrics that convey a naivety and sensitivity. It's this child like view of the world that sets Marr apart from his contemporaries and is aided by his use of varying musical instruments. As the video show, he makes himself handy with a whole host of instruments, from xylophone, windchimes and even a child's toy to the more conventional guitar and drums.

The first track from his debut album, 'Silo The Fire' is just the tip of the iceberg of what we can expect from the Scottish talent. Recorded with producer Robin Sutherland and recorded on the East Coast of Scotland, the album will feature an array of guest musicians such as Jon Adams (Vasquez) on drums, Kevin Black (Laeto, Fat Goth) on bass, Ged Grimes (Deacon Blue) on double bass and the Korda Quartet all songs.

In A Moment, Emotion, Sentiment will be released on July 2nd 2012 via Fall On Records and the single is available as a free download on Esperi's SoundCloud now. 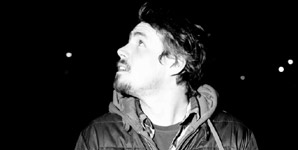