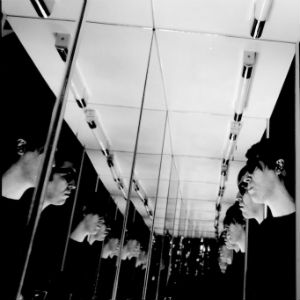 With six years of covetable releases under its belt it's safe to say that Erol Alkan's flourishing Phantasy label is well on its way to establishing itself as the UK's preeminent purveyor of independent music. 2013 has been a particularly golden year with Daniel Avery's critically acclaimed debut LP dropping in early October, São Paulo wunderkind Babe, Terror's BTU project with Man Make Music's 'U', recent collaborations with Emperor Machine's Andy Meecham as Future Four and disco mavericks In Flagranti and a slice of perfect summer pop from Nadia Ksaiba, not to mention Connan Mockasin's upcoming sophomore opus Caramel and the debut release from mysterious new signing Ghost Culture.

With such a packed release schedule and a DJ career that takes him all over the globe it's a wonder that Alkan finds any time to make music himself, but find time he did, as next month sees him offer up his first ever solo release - that's right, first ever! - following various collaborations, a regular residency on BBC 6Music (the first show in the new run airs on November 15th), two much-loved Bugged Out Mix compilations, production credits including Late Of The Pier and Kindness and recent remixes for the likes of Metronomy, Tame Impala and Justice.

Erol is one of the most sonically diverse selectors in the game - this is the man who regularly played Trash and Bugged Out within the same week - and his inimitable brand of mutant techno electro disco and the spirit of curation fostered in his genre spanning DJ sets is one of the reasons he has enjoyed such a long and successful career. It's this spirit that more than shines through in his forthcoming 'Illumination' EP, set for release on December 2nd through Phantasy.

The 3 track release opens with 'A Hold On Love', a subtly building arms aloft slice of shimmering house that is as at home in Panorama Bar as they open the shutters as it is at your next summer festival. 'Bang' recalls the style and power of one of Erol's favourite DJs Ron Hardy, a stripped out acid and drum machine workout coming to a sweaty basement rave near you. The EP draws to a close with 'Check Out Your Mind' which begins with chopped percussion before dissolving into a modern day acid psych freak out; calling to mind Erol's love of psychedelia and his Beyond The Wizards Sleeve project.

Catch Erol Alkan headlining Bugged Out at XOYO on November 2nd with Ewan Pearson, Trevor Jackson and more, and playing Red Bull Revolutions in Sound on the London Eye on November 14th. Erol can also be found at Manchester's Warehouse Project on November 8th for a Phantasy special alongside label alumni Daniel Avery, Nadia Ksaiba, Connan Mockasin and Ghost Culture, and again on December 6th with The Chemical Brothers.

A Hold On Love
Bang
Check Out Your Mind