The character isn't one that'll be headed to the small screen in the foreseeable future.

'Gotham' has for three seasons now entertained audiences with the origin stories of some of DC Comics most memorable and recognisable characters. We've got a young Bruce Wayne who's slowly beginning to realise his purpose in a corrupt world, while future Batman foes such as Catwoman, the Riddler, Penguin, Mr. Freeze and Poison Ivy have all made their presence known. 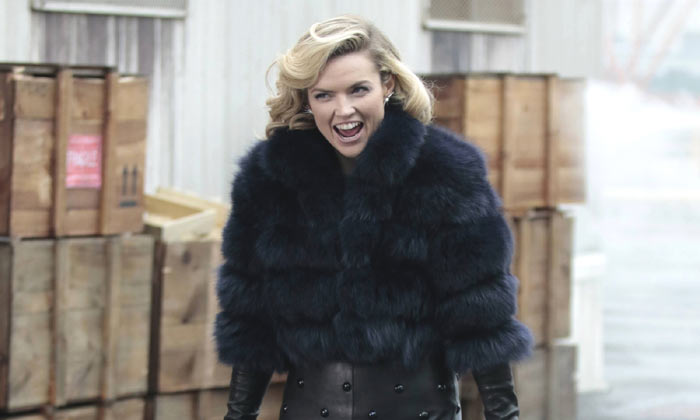 Joker is of course the biggest villain to come from the Batman universe, and it's looking very likely that Cameron Monoghan's take as Jerome in the show will eventually become the Clown Prince of Crime. But what about his future partner-in-crime?

Though fans have been hoping to see Harley Quinn in the future of the series, she's not somebody that producer John Stephens says will ever appear. Speaking at San Diego Comic Con 2017 over the weekend, he explained: "It was my fault. I had thought I had said and I might have not said it: We’ll see a Harley Quinn-esque character. Because in our mind Barbara was taking on a lot of the ethos and spirit of Harley Quinn, you know, her love of anarchy and violence. All those things that make Harley, Harley in many ways, we were trying to put into Barbara. So I thought that she was becoming a Harley Quinn-esque character. But we’re never going to see Harley Quinn. Sorry about that."

Now, the comments could of course be a fake-out, and Harley's debut could be right around the corner. With his half-apology of his previous comments that said she would appear however and the now-blunt tone of his answer, we don't think he's bluffing on this one.

The news will come as a blow to those who are big fans of the character, though they'll still be able to get their kicks with Margot Robbie's portrayal of Mr. J's love on the big screen in the upcoming 'Suicide Squad' sequel and rumoured 'Harley vs Joker' film.

'Gotham' season 4 premieres on FOX in the US on September 28, with the show expected to return to the UK on Channel 5 in the near future.