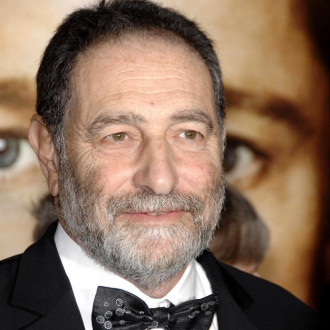 The 76-year-old screenwriter has contributed to the script for Denis Villeneuve's remake of the film based on Frank Herbert's novel and he found his experience on the project - which features an ensemble cast including Timothee Chalamet, Rebecca Ferguson and Josh Brolin - to be "wonderful".

Eric said: "(Working on 'Dune') was wonderful. I'd done some work for Denis on 'Arrival' and we became kind of soulmates. And so when 'Dune' came along, he asked me if I would approach it.

"And I did, and I wrote a big, full, overwritten Eric Roth draft that had certain things special to me. It needed to be, honestly, cut down and sort of harnessed, and Denis did some of that, and they eventually brought in a writer named Jon Spaiths, who is a wonderful writer, who I think kept it grounded.

"But I think it's really pretty spectacular. He's a visionary of his own kind, Denis."

Eric also confirmed that 'Dune' – which was adapted for the big screen by David Lynch in 1984 – only takes inspiration from the first half of Herbert's book.

He told Collider: "It's completely the first half. Yeah. I didn't know when we started, so I think I adapted a little more than the first half and started going into the second half of the book. But I've seen the film, it's pretty much the first half."

Roth has written a "treatment" based on the second half of the novel, but he's keen to move on to other projects in the future.

Eric said: "I (wrote) a treatment to show the estate what we could do with the second half, but I've got to tell you that I think I've done as much as I can do.

"I'm 76 years old, and these things obviously take a long time to do. And so I have a few others I'm excited about.

"And hopefully people love 'Dune' so much that they do want to have a second part, and I'm sure Denis would do an amazing version of that."