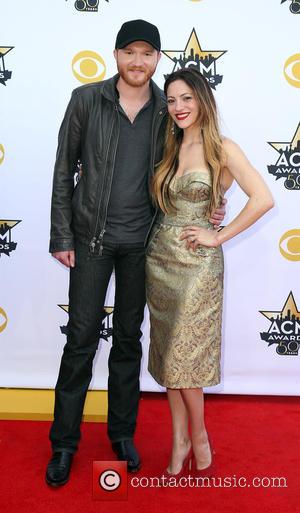 The Friday Night singer and his girlfriend Natalie Harker exchanged vows on Sunday (26Apr15) at Front Porch Farms in Charlotte, Tennessee in front of 200 family and friends.

Paslay met his fiancee almost a decade ago when she was working at his former publishing company, but they did not become lovers until two years ago.

After Paslay popped the question in December (14), Harker planned her dream wedding in just three months. The hard work resulted in a rustic affair, complete with farm tables, quilts spread on the lawn, and a yard with nostalgic games.

The newlyweds, who are heading to Italy for their honeymoon, had their first dance to Frank Sinatra's Moonlight Serenade in honour of Paslay's grandfather, who played in a band by that name.

Paslay gushed over his new bride to People magazine, saying, "The best part is knowing that my best friend is the steady star in my sky, and knowing that she'll always be there. We're committing to each other. I'm grateful she knows what journey we're on together. It's pretty cool."