Tweet: "Perfect start. My Samsung did a perfect nose dive into the toilet. How long do you keep them buried in rice? Add salt? Tips please." Veteran British comedian Eric Idle solicits fan advice to dry out his smart phone after a bathroom blunder.

Quote: "I was up at Billy Connolly's castle in Scotland and we used to gather together comedians, Robin Williams and some people, and he would say, 'Can I come together with you all?' and we would say, 'Alright.' So he would come to dinner and he said, 'You should be my jester,' and I said, 'Why would I want a bloody awful job like that?'" Comedian Eric Idle claims he once turned down an offer to be Prince Charles' jester.

Tweet: "Much tighter show tonight. With a great crowd. Terry J cut his face open in the first sketch. Just a flesh wound. We may keep it in..." Eric Idle reveals Terry Jones was injured during Monty Python's second show of their comeback residency at London's O2 Arena on Wednesday (02Jul14). The run opened on Tuesday night (01Jul14) to mixed reviews.

Tweet: "Dear @EricIdle and Pythons, have a great run in London, you influenced my life and comedy." Funnyman Steve Martin sends his best wishes to Eric Idle and his Monty Python comedy troupe ahead of their London reunion shows, which kick off on Tuesday (01Jul14).

Tweet: "Every day for 3 months I have hiked up the Hollywood hills to prepare for my role of Eric Idle in the Monty Python Musical Revue. Fit now." Veteran funnyman Eric Idle is in tip-top shape ahead of his onstage reunion with his Monty Python comedy troupe in London this July (14).

Tweet: "This pretty much took us by surprise, so we are talking about adding more shows. I apologise if you didn't get seats. We're working on it... Spent all morning working on the show itself (which I'm directing) so I'm a long way from the business. I can only hold out hope." Monty Python star Eric Idle reveals he was surprised to hear the comedy troupe's July (14) reunion show in London sold out in less than a minute on Monday (25Nov13). Four more shows were later added, and also sold out in seconds.

Tweet: "RIP Dave Brubeck, who wrote back to me when I wrote him a fan letter when I was fifteen." British funnyman Eric Idle ‏remembers the jazz great following his death on Wednesday (05Dec12).

Quote: "I'm always mistaken for Michael Palin... and whenever I am mistaken for MICHAEL PALIN, I say, 'Yes, I am Michael Palin, now f**k off you ugly old bastard!' Because I'm trying to destroy his reputation for niceness one person at a time." Eric Idle on his Monty Python pal.

Fact: Comedian/singer Eric Idle teamed up with acclaimed hip-hop group The Roots for a performance of his song ALWAYS LOOK ON THE BRIGHT SIDE OF LIFE during an appearance on U.S. TV's Late Night with Jimmy Fallon on Wednesday (14Oct09). The Roots, the show's house band, provided musical backing for Idle and whistled along during the tune's chorus.

Quote: "With our low ticket prices I figured out that you will actually save money if you spend 90 minutes in SPAMALOT. And if you sleep during the show you can save on a room." Spamalot creator Eric Idle offers money-saving tips to gamblers in Las Vegas, where his comedy musical has just opened.

Fact: Monty Python stars Eric Idle and John Cleese have teamed up as animated characters in the second Shrek sequel. Idle will voice the character of wizard MERLIN in the film, while Cleese will reprise his royal character, THE KING.

Quote: <p>"I remember we toured Canada in 1973, in Winnipeg, and when the curtain went up, the whole of the front row was dressed as a caterpillar." Eric Idle on Monty Python's superfans. </p> 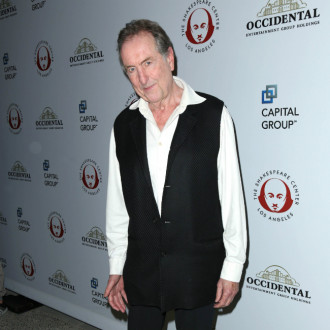