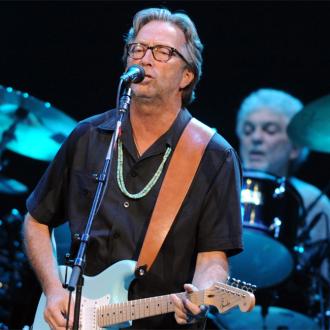 Eric Clapton has called off his concert in Vienna last night (11.06.13) at the last minute.

The legendary guitarist has strained his back causing him to have to pull out of the show at the city's Wiener Stadthalle venue and he is also unable to perform today at the Hanns-Martin-Schleyerhalle in Stuttgart, Germany.

On Monday night Eric had complained of severe pain, and today doctors confirmed he has an acute spinal disk herniation.

A spokesperson said: ''Unfortunately it really happened from yesterday to today. Eric Clapton had been particularly looking forward to today's concert.''

He is currently with specialists who will decide what treatment the star requires.

Show organisers said they are already looking for an alternative date. Tickets remain valid for any new date set, otherwise they can be returned and refunded.

Eric has another four shows scheduled for his European itinerary, the next show is on June 14th at the Koenig-Pilsener Arena in Oberhausen, Germany, however it is not yet known whether his illness will affect these.

He is set to completed the Europe leg of his tour on June 19th at the O2 Arena in Prague.