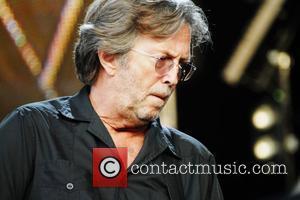 Rocker Eric Clapton is a fan of shooting trips in the countryside - because the outings help him bond with like-minded people.
The star is the co-owner of London shop Cordings, a supplier of hunting and fishing supplies, and admits he often indulges in trips to bag game.
And Clapton is adamant he has learnt a lot from his favourite pastime.
He says, "I'm not really that gregarious. And shooting with groups of people up and down the country has taught me a lot about how to get on with my fellow human beings."
The musician recently cleared out his gun cabinet, selling 13 pieces off at auction in Britain.
Clapton insists he had to get rid of the weapons, because he became hooked on collecting them.
He adds, "It is following the same pattern as when I collected guitars - I get obsessed, then engulfed and finally narrow the collection down."