Eric Bana is reportedly in talks to play a small-time criminal in thriller 'Brilliant'. 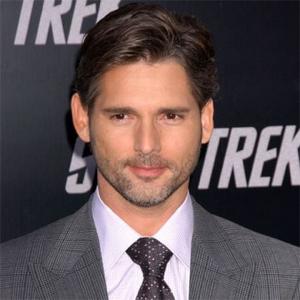 Eric Bana is in negotiations to star in crime thriller 'Brilliant'.

The 'Star Trek' actor is reportedly in talks to play a small-time criminal who joins accomplished thieves in a diamond heist.

The movie is set to be directed by 'Legally Blonde' and 'Monsters-in-Law' helmer Robert Luketic, with 'Blood Diamond' producer Gillian Gorfil in line to write The Script, as well as produce the picture alongside Gary Lucchesi and Tom Rosenberg.

The Australian actor admitted he was "concerned" for his safety during fight scenes with the 17-year-old actress during filming because she was "really well prepared".

He added: "Initially, I was concerned because when I read the script, I realised there was going to be a lot of full on physical stuff between myself and Saoirse, who was 15 at the time.

"It's even a concern when you're doing that stuff with another male actor, but when you're working with another actor who's a young girl. But I had a lot of faith in Jeff Imada, our stunt coordinator.

"After probably two days of training with Saoirse, I was no longer concerned because I could see that she had really put the work in. It's more of a concern when you're working with someone who hasn't done that stuff before. You're just more aware that something can go wrong.

"She was really well prepared and trained really hard. In the end, I was more concerned for my own safety than hers."