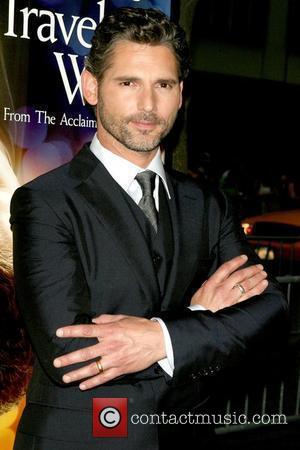 Aussie movie star Eric Bana is begging pals Charlie Hunnam and Kim Coates to help him land a role on U.S. TV biker drama Sons Of Anarchy - because he's a big fan of the show.
The Troy star, who is a well-known car and bike fanatic, has been watching the show since it started in 2008 - and he wants a regular role.
He tells WENN, "One of my best friends, Kim Coates, plays Tig in Sons of Anarchy so I've been on him since day one to do the show because I'm the hugest fan."
And Bana admits he recruited Hunnam for his new film Blackbird in the hope the actor would return the favour: "It's one of the reasons I was really keen on getting Charlie into the film."
Indie thriller Blackbird also features Sissy Spacek, Olivia Wilde and Kris Kristofferson.