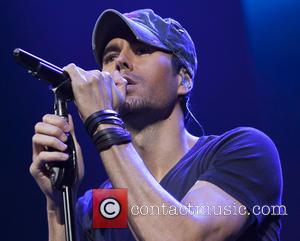 Enrique Iglesias, Fall Out Boy, Josh Hutcherson, Kevin Jonas and Nikki Reed were among the stars who joined host Nick Cannon to honour outstanding youngsters at the TeenNick Halo Awards in Los Angeles on Sunday (17Nov13).

Mariah Carey's husband launched the Nickelodeon bash in 2009 to honour teenagers who are making a difference in their communities by "helping and leading others", and he returned to host the 2013 show at the Hollywood Palladium.

During the concert, four teens were honoured for their community service work and the ceremony featured performances from Fall Out Boy, Austin Mahone and Enrique Iglesias, who closed the event.

Cannon says of the 2013 event, "I'm humbled by the truly inspiring and tremendous work these Halo honorees are doing in their communities. It's my goal to continue the conversations about issues that impact teens today, and empower young people to take action and make a difference in the world."