Enrique Iglesias' father Julio Iglesias has never met Anna Kournikova despite his son being in a relationship with her for 12 years. 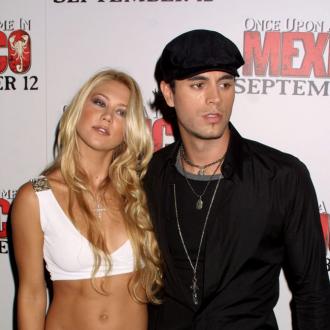 The 38-year-old star has been in a relationship with the Russian tennis player for 12 years, but Julio Iglesias admits he has never been in the same room as his son's girlfriend.

The 70-year-old Latin singer told the April issue of Billboard magazine: ''The last 14 years, 15 years of my life have flown by. And that's the only way I can truly explain it. There's no reason why -- it's not his fault, and it's not my fault.''

Enrique started dating Anna, 32, after meeting her on the set of his 'Escape' music video in 2001, but he recently admitted that they have no plans to get married.

But the hunky star always knew they would end up together because they got on so well.

He said: ''She was just the coolest girl in the world to me and we just, we got along.''