Enrique Iglesias has had an emergency operation after injuring his hand on a drone during a show in Mexico. 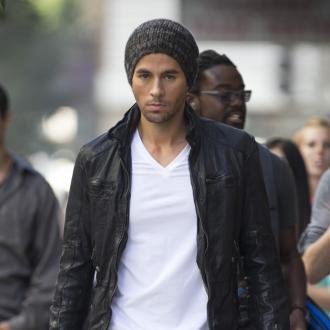 Enrique Iglesias has had an emergency operation after injuring his hand.

The 'Hero' hitmaker was performing in Mexico on Saturday evening (30.05.15) when he attempted to take hold of a drone which was filming the crowds, but the flying device caused a nasty cut on his hand which required reconstructive surgery.

Despite his hand spilling blood following the incident, a spokesperson for the 40-year-old musician said he defied medical advice by continuing with his show for a further 30 minutes before being flown to Los Angeles for emergency treatment.

The spokesperson, Joe Bonilla, explained: ''During the show a drone is used to get crowd shots and some nights Enrique grabs the drone to give the audience a Point of View shot.

''Something went wrong and he had an accident. He was semi-treated by crew on the side of the stage to try and stop the bleeding. He was advised to stop the show. He decided to go on and continued playing for 30 minutes while the bleeding continued throughout the show.

After undergoing surgery on Monday (01.06.15), the 'I'm A Freak' singer is expected to resume his 'Love and Sex' world tour on 3 July in Mexico City.