Enrique Iglesias and Anna Kournikova have moved into their new $26 million mansion in Miami, Florida, despite reports their relationship is on the rocks. 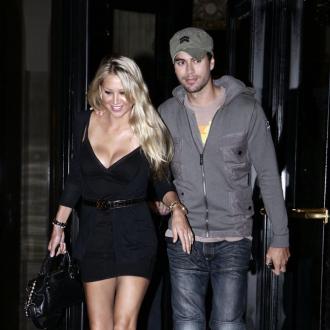 Enrique Iglesias and Anna Kournikova have moved into their new $26 million mansion in Miami, Florida.

The couple, whose 12-year romance is rumoured to be ''on the rocks'' because of the 'Heart Attack' singer's reluctance to get married, have completed work on the 20,000-square-foot house on Sabal Palm Road in the Bay Point community, just weeks after quietly selling their $10 million home in the same neighbourhood.

A source told the MailOnline website that landscapers completed work on the house on Monday (07.10.13), and the couple have already moved in to their sprawling waterfront estate, which includes a tennis court for the Russian athlete to practice her skills.

Enrique, 38, and Anna, 32, bought two properties located side by side for $5 million in 2009 and levelled both of them to build their dream home.

The 'Escape' hitmaker's real estate agent, Esther Percal, told Gossip Extra: ''Enrique grew up in Bay Point. So when we looked for his new place, he kept coming back to Bay Point.''

It was recently reported that Anna is tired of waiting for her boyfriend to propose and is planning to dump him.

An insider: ''[They're] on the rocks. Anna is getting tired of waiting for him to decide if he wants to marry her or not. They've been together for so long, she feels like it's never going to happen. She is ready to move on.''