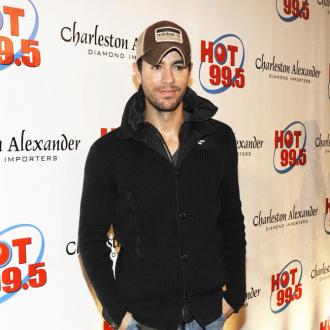 The 38-year-old singer - who has been in an on/off relationship with tennis player Anna Kournikova since 2001 - admits his intimate preferences depends on ''how drunk'' he is, but admits he has problems under the covers if he consumes too much alcohol.

The hunk said: ''Sex can be raw, immature and fun or it can be more about love.

Asked about what he prefers, he added: ''Oh, the crazy kind, but it depends how drunk I am - or whether I'm drunk or not. If I'm too drunk, though, then there's no sex whatsoever as I can't get it up.''

Although Enrique has a reputation of being a lothario he insists he doesn't sleep around, but wouldn't judge those who do.

He exclaimed in an interview with Now magazine: ''I'm fun but I've never been the kind of guy to sleep with everyone. I've never judged anyone by how much sex they have.

''If a guy has sex with lots of women then he's 'the man', but a girl is a sl*t and that's not fair. Unfortunately, it's in a guy's genes to judge a girl by how many men she's got with, but you really can't judge someone just on that.''