Enrique Iglesias Happy To Be Nude

Enrique Iglesias admits he likes to strip off naked and has no problem taking his clothes off for fun. 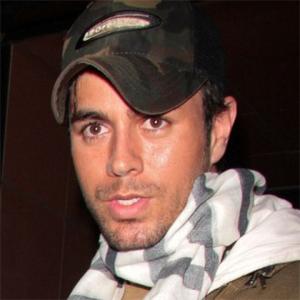 Enrique Iglesias likes to get naked with his friends.

The 'Hero' hitmaker - who has been dating tennis ace Anna Kournikova since 2001 - is not embarrassed by nudity and often strips off with his pals.

He said: "I don't know if I'm cool with it, but I'm not extremely embarrassed. I kind of like making fun of myself. I have five good friends and one of them is an exhibitionist so I think we all follow him.

"Whenever he gets naked we all get naked and do stupid things."

However, the 35-year-old singer was worried that Nicole Scherzinger would be embarrassed when she had to strip off for a steamy video to accompany their 'Heartbeat' duet.

Speaking about the Pussycat Dolls lead singer, he said: "I'm a dude at the end of the day. It's a lot easier for a guy than a girl. She had the difficult task. But she was a trouper and the director made it very easy and made it look good.

"I think as long as they're tasteful, naked scenes are cool."